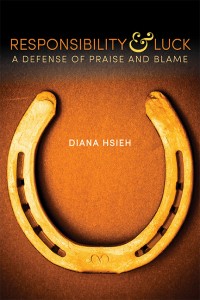 1. Abe and Bill both get blinding drunk at a bar, leave at the same time, and drive home at the same rate of speed. Both run a (different) red light at the same time on the way home. By bad luck, a single mother with her two children is driving through the intersection along Abe’s course, and Abe rams his car into hers, killing her and her two children. Bill, on the other hand, makes it home without injuring anyone.

2. Alan and Betty walk along different piers at the same lake. Both are equally brave, but Betty sees a drowning boy in the lake and dives in and saves him. Alan does not see anyone in distress.

3. Adriana and Benjamin are born in very different circumstances. Adriana’s parents are wealthy, and she grows up with a good education and many opportunities to improve herself. She becomes a successful neurosurgeon. Benjamin’s parents neglect and abuse him and teach him how to steal for them. He becomes an armed robber who winds up in prison.

Why do we blame or praise one individual in each scenario more, given that so much of what they do and what they accomplish depends on luck? Why do we send Abe to prison and sing Betty’s praises, but not do the same for their counterparts? Such issues are the subject of Diana Hsieh’s book, Responsibility & Luck: A Defense of Praise and Blame.

View all articles by Ari Armstrong →
Letter to the Editor
Review: Free Market Economics, by Steven KatesReview: The Conscience of the Constitution, by Timothy Sandefur