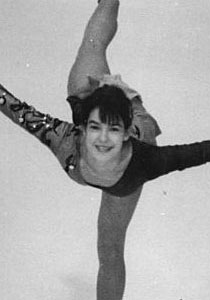 Olympic Skater Katarina Witt: “The Most Beautiful Face” of a Grotesque System 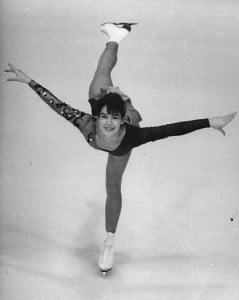 The Diplomat, an ESPN documentary about two-time Olympic champion figure skater Katarina Witt of East Germany (the former German Democratic Republic, or GDR), is released to video February 18. The film serves as a reminder—or a revelation—of the crushing grip communist dictatorships held on the people who “lived” under them.

The documentary features numerous interviews, including with former East German athletes and GDR officials, who discuss the GDR’s sweeping violations of individual rights—violations the government attempted to overshadow in part by funding athletes and using them for propaganda purposes.

The GDR pervasively violated its victims’ rights to (among other things) speak freely, travel outside the country freely, and pursue their professions freely. Often the government monitored the mail of top athletes such as Witt and bugged their homes.

Although Witt was, in her words, “thankful to the system” for supporting her athletic pursuits, she also makes clear that she was driven to excel at skating in part because that allowed her to travel outside East Germany, where she would otherwise have been held behind barbed wired borders and the Berlin Wall along with her fellow citizens. She says in the documentary, “It was just like, ‘wow, I get to see the world,’ [whereas] everybody else is not allowed.”

The government, however, was watching. The GDR surveilled Witt extensively from the time she was seven years old.

In one of The Diplomat’s most chilling scenes, Ingo Steuer, a champion skater who trained alongside Witt, talks about how, at age 17, he faced imprisonment if he refused to inform on her to the Stasi (secret police), who feared she would defect to the West. When she learned that her close friends informed on her, she was understandably shocked: “I always think why did they [have] to do it? In a way, maybe they had to survive.”

Whereas Witt knew the state had the power to support or crush her childhood dreams, the communists recognized her as a special propaganda tool. As a beautiful, charming young woman poised to win gold medals in the name of socialism, Witt became the most internationally recognized East German. Lother Raschker, a director of Stasi archives, identifies the nature of the GDR’s relationship with Witt:

Katarina Witt was known as the most beautiful face of socialism. If she had suddenly changed sides and defected to the enemy in the West and stayed there, it would have been a big defeat for the GDR system.

When Witt’s skating coach, Jutta Müller, asked state officials to allow Witt to pursue a professional skating career after the Calgary games, they replied that they would consider it only if she won a second gold medal. She did.

As the film shows, the communists exploited athletes such as Witt to put a mask of beauty, ability, civility, and achievement on a grotesque, anti-ability, rights-violating political system. The Diplomat offers a revealing glimpse at “life” under the boot of a communist dictatorship and at a young woman’s effort to live.