Keep the Taxman Off the NFL 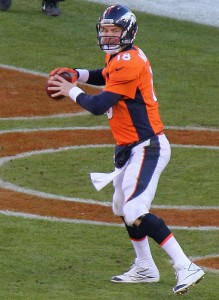 On a day when more than a hundred million people will enjoy the Super Bowl, some want to “reward” the NFL’s success by having the federal government confiscate more of its wealth.

For example, the Denver Post joins Senator Tom Coburn in calling on the federal government to tax the NFL more:

Sen. Tom Coburn, R-Okla., is pushing a bill to strip professional sports organizations of . . . tax-exempt status, calling it a loophole that amounts to about $10 million in lost revenue annually . . .

The NFL is classified under Section 501(c)(6) of the tax code, which exempts any organization whose primary purpose is to further the industry or profession it represents. Trade organizations typically get this exemption. So do the NFL, NHL and other pro sports organizations.

However, the league office that is not-for-profit earns its money not from lucrative TV deals but through its membership dues—which accounted for just over a quarter of a billion dollars in revenue in 2012.

The Post complains that the NFL pays its commissioner a $30 million salary and its top executives millions more, and the paper argues that such high salaries justify Coburn’s bill. But by what right does government punish the NFL or any corporation for paying its executives “too much”?

The NFL should not be stripped of its tax-exempt status; rather, all associations and corporations should be extended such status, and government spending should be cut to accommodate the act of justice.

Everyone who enjoys the spectacle of today’s Super Bowl should say a silent—or, better yet, a public—“thank you” to the businessmen and athletes who make it possible. As for the high salaries many of them receive, they earned it.