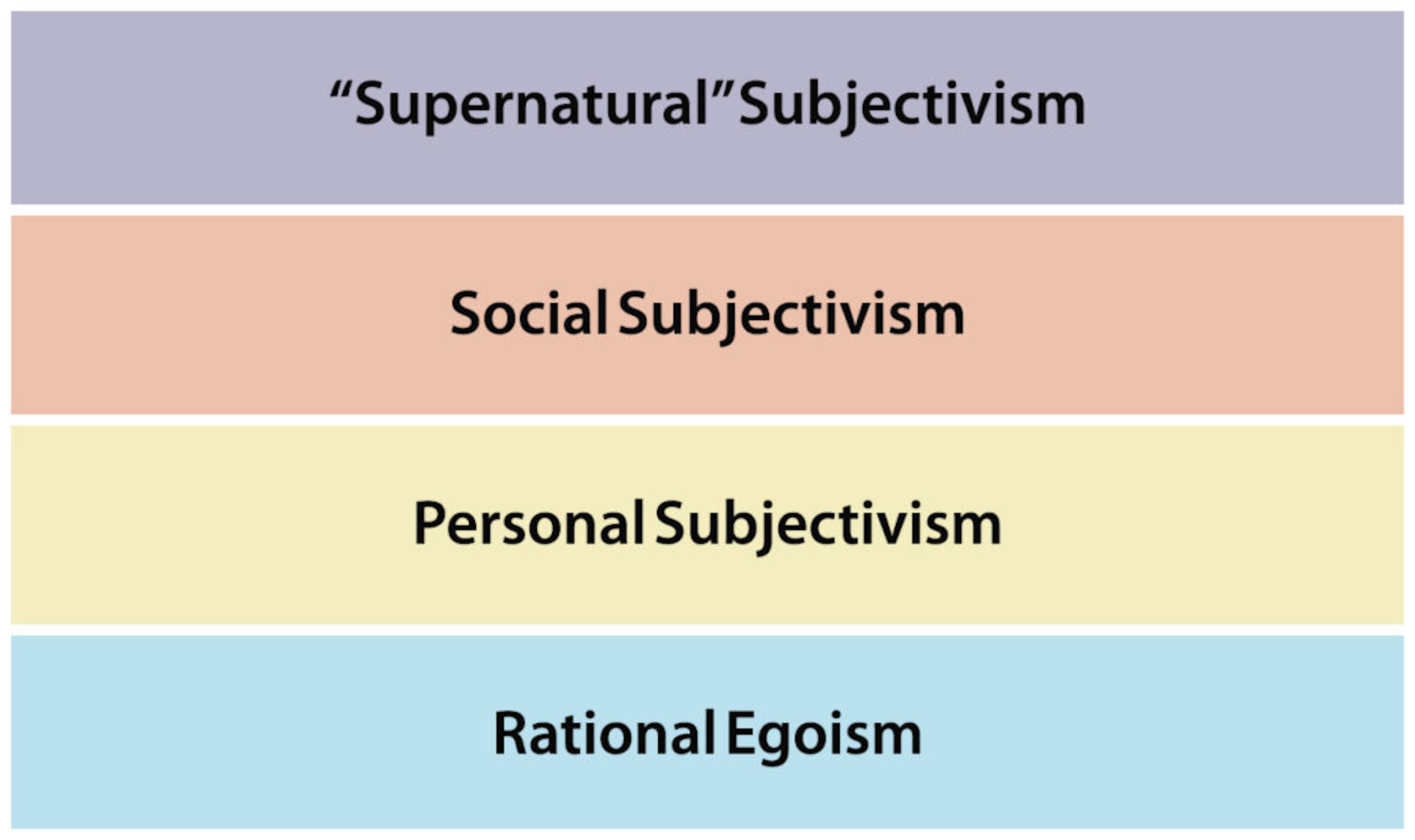 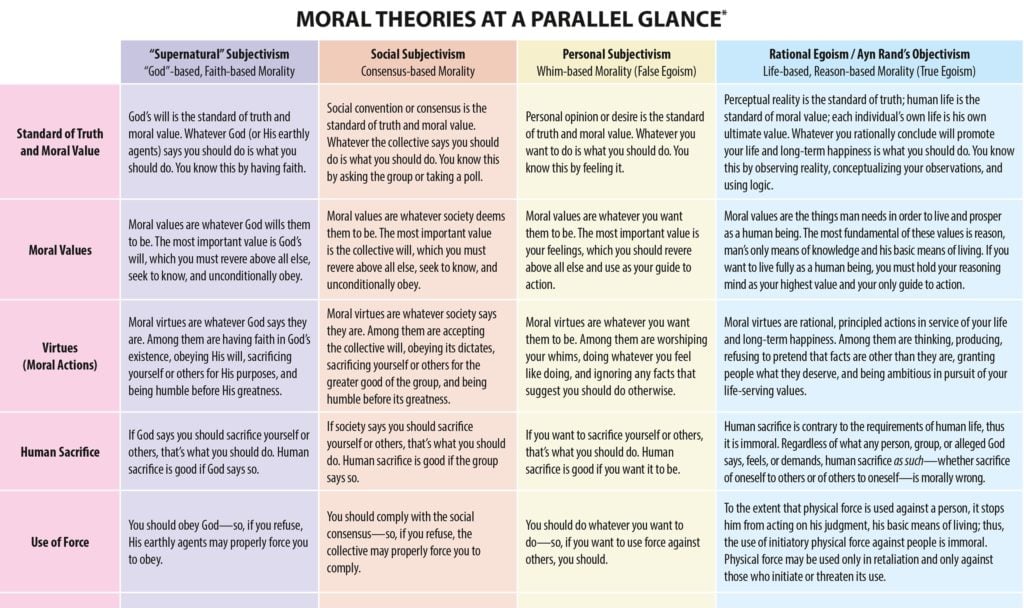 Human action, whether by individuals, groups, or governments, is driven by ideas—most substantially by the ideas people accept as morally correct.

The broad answer to such questions is that the individuals, groups, or governments did what they did because they regarded the actions as morally right.

People act (for the most part) on their moral convictions, whether explicit or implicit, pure or mixed; thus, if we want to understand why individuals, groups, and governments do what they do, we need to understand the key elements of the moral codes that motivate them. Toward that end, I’ve created a chart titled “Moral Theories at a Parallel Glance.”