Zen Magnets and the Art of Fighting Abusive Government 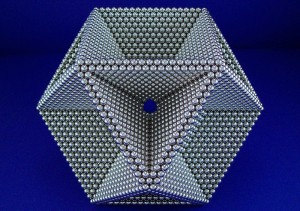 The Consumer Product Safety Commission (CPSC) drove the company that produced Buckyballs—small magnets sold to adults as toys—out of business, then proceeded to target the company’s former CEO (Craig Zucker) personally for the costs of the CPSC-mandated recall. Zucker has heroically fought back, suing the CPSC.

But Zucker is not the only target of CPSC’s rights-violating actions. In Denver, Zen Magnets, a small (four person) firm, continues to sell such magnets to adults and continues to fight CPSC’s efforts to drive these fun and intellectually stimulating products off the market.

In a recent post for SaveMagnets.com, the founder of Zen Magnets—Shihan Qu—explained his legal fight against CPSC:

Supporters of the ban claim the products pose a “hidden hazard,” and that increased incidents of magnet ingestion show consumers cannot reliably heed warnings, and a nation-wide all-ages ban is the only solution. . . .

If the CPSC succeeds in its gamble, magnet sphere companies such as ZenMagnets.com will fall. . . . Future small business will be intimidated and less likely to stand up. The agency’s power will be expanded and the legal landscape will shift along with expectations set by multiple disturbing precedents: the precedent to ignore [the] record [of] magnitude public objection, the precedent to punish companies [with] no record of injury [as is the case with Zen Magnets], the precedent to argue that warnings don’t work, and the precedents to ignore prior internal policies on a dime. If CPSC’s effort to hold Craig Zucker . . . personally liable succeeds, add also the precedent to sue individual corporate officers for refusing voluntary action.

The upshot of CPSC’s position is that, because some people (mostly children) have ingested the magnets when they were used inappropriately, the government must force the magnets off the market for everyone, including for responsible adults. Never mind that countless other products—from bicycles to balloons to ladders to pencils—can be harmful to children when used inappropriately.

Entrepreneurs such as Qu have a right to produce and sell their products of choice on a free market (so long as they do not use force or fraud). And consumers have a right to buy the products they want from willing suppliers. CPSC has violated and continues to violate the rights of individuals in both groups (not to mention everyone else it forces to act against his judgment).

Kudos to Qu for standing up to this tyrannical government agency. Let’s hope, for the sake of liberty, that he wins his related legal battles.