Why Does Salon Lie about Ayn Rand’s Ideas? 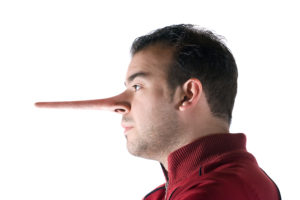 Usually I don’t comment on the slime published by Salon, as its writers’ idea of journalism often is to publish the most audacious lies they can imagine and hope they can get away with it. But I’ll make an exception regarding a recent pack of lies Salon published about Ayn Rand.

Who is Ayn Rand, and what is the philosophy of this person [Paul] Ryan calls a “thinker? Ayn Rand’s philosophy actually says it is not only bad for society, but morally wrong to help other people because it makes them “dependent.” Rand’s philosophy says that altruism is evil, and that democracy (which they call “collectivism”) is the ultimate expression of this evil because it brings about a society in which government works to make people’s lives better.

Leaving aside the fact that Ryan is no advocate of Rand’s philosophy—something I’ve addressed previously—what’s wrong with Johnson’s remarks?

First, Rand did not claim that it is “morally wrong to help other people.” Beyond the obvious fact that all business transactions involve two or more parties self-interestedly helping each other, Rand recognized that charitable giving can be perfectly moral so long as it is not sacrificial. An eloquent example of this comes from her novel The Fountainhead. The protagonist Howard Roark pays for rent and meals for his friend Stephen Mallory, a struggling artist, so that Mallory can spend his time sculpting. Roark’s gift to Mallory was self-interested, in that Roark valued Mallory’s sculpting more than he valued other things he could have purchased with the money.

Second, Rand did not claim that democracy is the “ultimate expression” of the evil of altruism. She saw that various forms of statism, such as Communism and fascism, require individuals to sacrifice or be sacrificed for some alleged “greater good”—with the result being rivers of blood. She recognized that democracy—in the sense of “unlimited majority rule”—also demands self-sacrifice. Democracy, she wrote, puts “one’s life . . . at the mercy of any gang that may muster the vote of a majority at any moment for any purpose”—that purpose being an alleged “greater good” than the individual. She recognized that a proper government constitutionally limits democratic action in order to protect individual rights.

The fact that Salon published lies about Ayn Rand is no surprise; lying about Rand has become a pastime for many on the left (and some on the pseudo right).

The interesting question is: why? What is it in Rand’s actual ideas that the left is afraid to face and deal with directly?

The essence of Rand’s moral message is that every individual should pursue his own life-serving values, everyone morally must respect the rights of others to do the same, and no one should sacrifice for anyone. Altruism, she saw, does not mean being nice to others or helping them out. Altruism means sacrificing one’s own values for the (alleged) sake of others; it means surrendering greater values for the sake of lesser values or non-values. That is what Rand regarded as evil. And Rand doesn’t merely assert these ideas. She provides observation-based, rational arguments for them.

But Salon, Johnson, and their ilk would rather lash out at Rand with absurd lies than identify her actual positions, let alone her arguments for them.

What is it about Rand’s philosophy that they are so afraid of? This is the question that should follow all such fabrications.