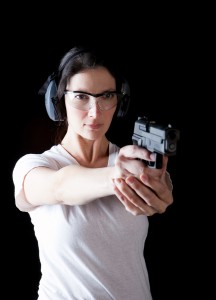 A recent exchange about gun statistics illustrates the failure of libertarianism to base political freedom on anything other than personal or cultural opinion.

In that study, Justin Briggs and Alex Tabarrok (both of GMU) find:

Using a variety of techniques and data we estimate that a 1 percentage point increase in the household gun ownership rate leads to a .5 to .9% increase in suicides.

The researchers claim to have factored in the ability of people to substitute other methods of killing themselves. Whether they have adequately accounted for the fact that people serious about committing suicide (as opposed to making a “cry for help” or the like) tend to acquire guns for the purpose—as opposed to cutting themselves, taking pills, or doing other things less likely to result in death—I do not know.

As Caplan explains, a writer for Think Progress seized on the results to argue for more restrictive gun laws.

How, in light of this, does Caplan attempt to defend gun ownership? He pursues two lines of argument, one based on utilitarianism—the theory that the proper moral standard is “the greatest happiness for the greatest number”—the other on subjectivism—the idea that moral truths are matters or personal opinion or social convention.