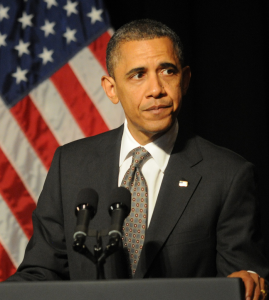 Examples of sticker shock among former and current supporters of ObamaCare—once they find their insurance rates going up—keep piling up. (See also my previous posts.)

Nurse Cathy Wagner “championed Obamacare, until she received a letter from her insurance company saying it was canceling her policy,” Denver’s CBS affiliate reports. “I was really shocked. . . . all of my hopes were sort of dashed,” she said.

Sue Klinkhamer, a former employee of Congressman Bill Foster, writes that she “defended Obamacare because it would make health care available to everyone at, what I assumed, would be an affordable price. I have now learned that I was wrong. Very wrong.”

Matthew Fleischer found his rates going up under ObamaCare as well: “I’m staring in the face of a 43 percent cost increase, for less comprehensive coverage than I have now.” He regards as scandalous the high “cost of the program to young, healthy middle class people.”

Fleischer, however, does not call for the repeal of ObamaCare in favor of a free market in medicine. Instead, he believes the law can be “tweaked to provide better, more progressive care.” He suggests the government should force the “wealthy” rather than the “middle class” to subsidize other people’s health care.

Why does Fleischer continue to support ObamaCare despite its obvious failures? He writes:

The Affordable Care Act has already done a lot to ensure that many of the poorest Americans have access to health care. Which is something most individuals of conscience can agree is essential in a civilized society.

In other words, Fleischer believes that in a “civilized society” government forces some people (particularly the “wealthy”) to pay for the goods and services consumed by others. But there is nothing civilized about effectively holding a gun to someone’s head and forcing him to hand over his hard-earned wealth to those who did not earn it.

Rather, in a fully civilized society, the government acts solely to protect people’s rights—including their rights to control their wealth, to contract freely with others, and, in general, to act according to their own judgment. ObamaCare is uncivilized because it violates people’s rights, and that is why it produces disastrous consequences.

To protect their lives, their liberties, and their health, Americans must demand that their representatives act in a civilized manner and repeal this uncivilized law.

View all articles by Ari Armstrong →
Frackers Heroically Draw Enormous Wealth from the GroundThank You, Frackers, For Keeping Me from Freezing
Return to Top