Biotech Revolution Could Save Your Life, but Needs Freedom to Do So 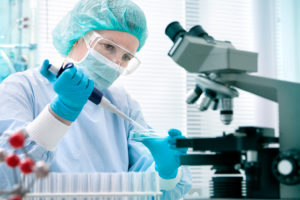 Biotechnology is on the verge of revolutionizing medicine by enabling doctors to tailor therapies to the individual patient’s genetic makeup. But, as George Gilder explains:

Obscuring the huge opportunity of new knowledge in pharma . . . is the obsolete apparat of government power. . . . [I]n the face of a flood of biotech innovations, the Food and Drug Administration inflicts an average $2.3 billion toll on each new drug. Getting to market through the government gauntlet now takes three times longer and costs a hundred times more than in 1950. . . . [Forbes, November 18, 2013, p. 30.]

The legal status of a revolutionary gene therapy that doctors have hailed for its “unprecedented success” against blood cancer highlights Gilder’s point. As the Associated Press reports, FDA approval for this therapy may not come until 2016, perhaps even later. Consequently, despite the demonstrated effectiveness of the therapy, cancer sufferers who have run out of other options will suffer—and in many cases die—waiting as the FDA pretends it has a right to dictate what individuals may and may not consume in an effort to save their own lives.

Gilder also notes that the FDA’s drug approval process is ill-suited for assessing drugs tailored to particular individuals. (This should come as no surprise given that the FDA is inherently incompetent and has no right to exist.) The FDA’s focus on clinical trials based on “average patients eliminates all the crucial knowledge that makes drugs work with a particular person,” Gilder explains. A drug that works for a small group of people may be kept off the market by the FDA merely because the drug doesn’t work for other people. Sorry, Joe, you can’t have the drug that could save your life because it won’t work for Jack and Sue.

We are at the cusp of a new medical age, but researchers, developers, and businessmen can advance medical alternatives and save lives only to the extent that they are free to do so—which means, to the extent that government stays out of their way. If Americans want drug companies to produce and make available the medicines that can save and extend our lives, Americans must call for an end to the FDA’s interference in the production and trade of medicine—which means, an end to the godforsaken FDA.

Kudos to the scientists and companies spearheading the hugely life-enhancing biotech revolution. Let’s enable them to save lives—including perhaps our own lives or those of our loved ones—by demanding that the government get the hell out of their way.

View all articles by Michael A. LaFerrara →
Letter to the Editor
Duck Dynasty and the Difference between Rights and ToleranceGovernment Isn’t Santa, Naughty Isn’t Nice
Return to Top