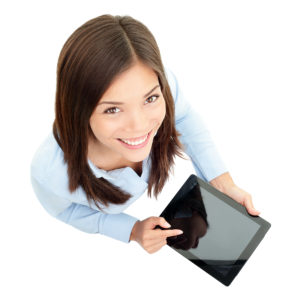 Although the moral justification for capitalism is not that it helps the poor—but that it protects the rights of all—a major consequence of capitalism, where and to the degree it is legalized, is that it lifts people out of poverty. One area in which this can be readily seen is the rapidly advancing electronics industry.

A century ago, electronic computers did not exist. Half a century ago, only large corporations and wealthy governments could afford computers—and those computers had only a fraction of the power of today’s pocket machines. A few years ago, only solidly middle class households could afford tablet computers. Now, Datawind has announced that it plans to sell $38 tablet computers in the U.S. market, reports the Wall Street Journal.

The company’s CEO, Suneet Singh Tuli, said, “Affordability shouldn’t be the reason people can’t get on the Internet. We want to specifically reach a customer base that right now is not on the Internet.”

Obviously, the low-cost tablet will not have the capacities of today’s higher-end machines. It will feature a processor with a speed of “only” one gigahertz—comparable to the first-generation iPad of 2010, the Journal notes, and a thousand times faster than the Commodore 64 popular thirty years ago (and it has a flash memory capacity of “only” four gigabytes). But it will run popular software applications and connect to the internet.

Although Datawind sells tablets to government for use in welfare programs and thus does not operate in a purely capitalistic market, developers advanced the technology now used in tablets in a relatively free market, and Datawind’s entry into the U.S. market represents a wonderfully capitalistic opportunity for those on a tight budget to incorporate tablet technology into their daily lives.

Once again we see that capitalism is good not only for the rich but for everyone.