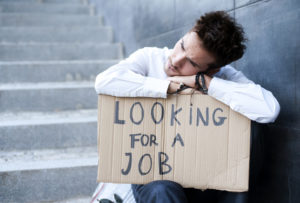 Last Tuesday, New Jersey voters "overwhelmingly approved" a state constitutional amendment raising the minimum wage and automatically increasing it in the future based on the consumer price index or the federal minimum wage rate, whichever is higher.

Echoing a widespread sentiment, one proponent of the measure said, "New Jersey’s voters should be thanked tonight for understanding that the state’s low-wage workers need more than $7.25 an hour to survive in this high-cost state."

Set aside the Economics 101 fact that forcing employers to pay employees more than they are worth to the business will result in many people—especially low-income and low-skilled people—losing their jobs or not being able to find a job. The widespread sentiment concerning “need” indicates that the key issue at play is not economic but moral.

The notion that the government may violate people’s rights—such as the rights of business owners to run their businesses as they see fit and the rights of employers and employees to contract freely—in order to serve the “needs” of others, is a consequence of the moral premise of altruism.

Altruism holds that being moral consists in self-sacrificially serving others—especially others in “need.” According to altruism, a person’s need constitutes a moral claim on the lives, liberties, and property of others. This idea gives rise to the notion that the needs of the “needy” should constitute a legal claim on those who have what the needy need—such as money. The logic of the connection is clear as day.

If Americans want to reverse such economically destructive, job-destroying, rights-violating trends, we must challenge the status quo in morality, reject altruism, and advocate the only moral code that is consonant with human life and liberty: the morality of rational self-interest.

View all articles by Michael A. LaFerrara →
Letter to the Editor
Venezuela’s Maduro Apes Villains of Atlas Shrugged in “Organized Looting”To the Heroes Who Defend Civilized Society
Return to Top