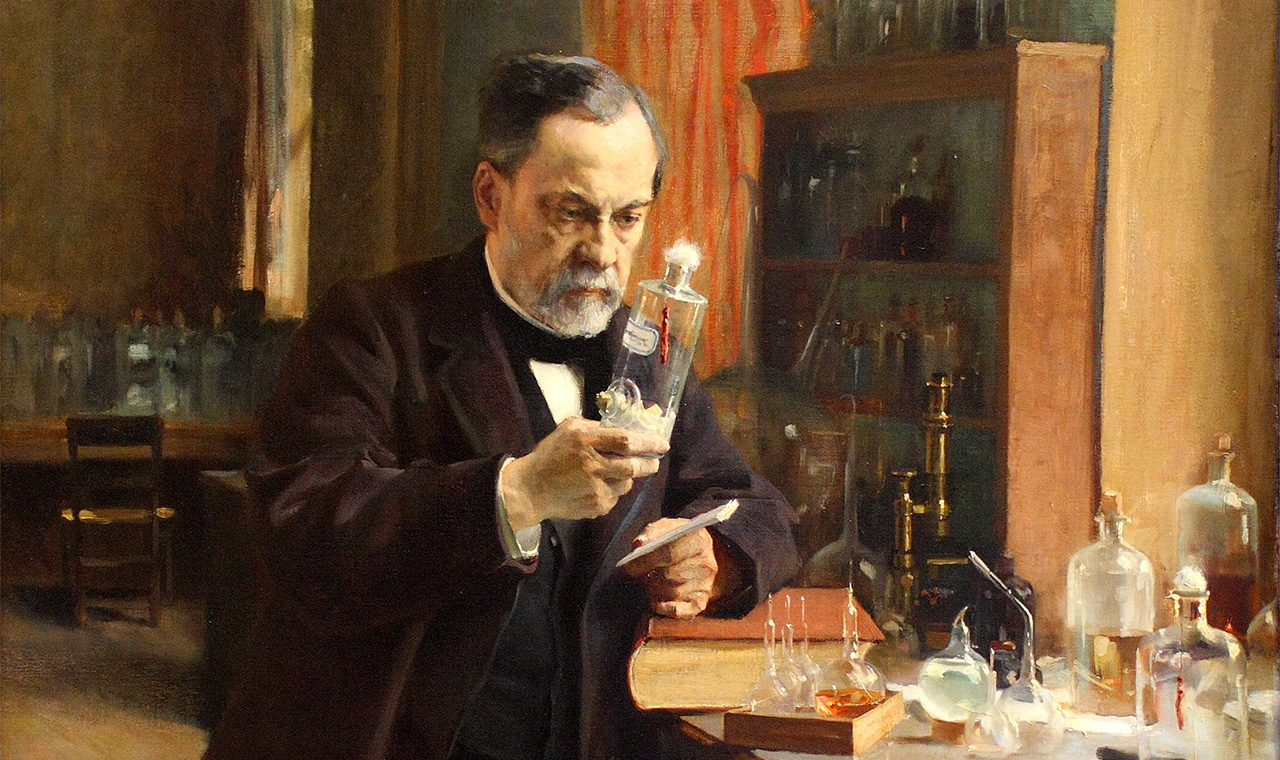 Louis Pasteur: A Light That Brightens More and More

On June 14, 1940, when the German army entered an undefended Paris, the seemingly unstoppable Nazi forces took full control of the city. But one door remained, at least temporarily, closed to them. When the Wehrmacht arrived at the Pasteur Institute and attempted to enter the basement crypt where the bodies of Louis Pasteur and his wife, Marie, were interred, they found an aging concierge blocking the path. The guard steadfastly and courageously refused to permit them entry to the tomb.1

This guard was not alone in his devotion to Pasteur. In a 1922 speech, the French ambassador to the United States, Jules Jusserand, described the incredibly high esteem in which Pasteur was held among the French people:

In the course of its history, France has produced many great men. There is no one of whom we are prouder than Pasteur. . . . Some years ago, before the war, a newspaper organized a kind of plebiscite and asked its readers who in their view were France’s greatest sons. 2,300,000 replies came, and in this militaristic nation of ours . . . the emperor Napoleon came seventh and Pasteur came first.2

Nor was Pasteur’s popularity limited to his home country. In 1936, his life and achievements formed the basis of a major Hollywood film, The Story of Louis Pasteur, for which the great actor Paul Muni won his first and only Academy Award. The film was a tremendous success—it grossed $665,000 and was viewed by an estimated thirteen million people in the United States, a full 10 percent of the population at that time.3

Unfortunately, things have changed. Pasteur, once internationally revered, is now largely unknown—remembered, if at all, only for his invention of pasteurization. But Pasteur deserves to be remembered as more than a portmanteau on the side of a milk jug. He led an amazing life, tirelessly working to advance science. He made crucial, fundamental discoveries in chemistry, launched the science of microbiology, cured multiple diseases, and inspired an entire generation of scientists to pursue and apply vital truths. If anyone is deserving of renewed interest, Louis Pasteur is.

Louis Pasteur was born on December 27, 1822, in the city of Dole in the county of Franche-Comté in eastern France. His father, Jean-Joseph Pasteur, was a former officer in Napoleon’s imperial army who owned and operated a modest tannery while his mother, Jeanne-Etiennette, ran the household.

In 1827, Pasteur’s family moved to the nearby city of Arbois. There Pasteur attended primary school, where he was an unremarkable student for most of his childhood, preferring instead to fish with his friends and draw. By the time Pasteur was fourteen, however, he had transformed into the star pupil at the collège of Arbois and a talented artist who was well known in the town for his striking pastels. Indeed, Pasteur strongly considered pursuing a career as an artist but ultimately settled upon more academic ambitions.

Upon his graduation in 1839, Pasteur enrolled in a bachelor’s degree program at the collège royal of Besançon, the capital of Franche-Comté, and received his bachelor of letters (i.e., arts) degree after one year of study. By this time, however, Pasteur had set his sights on graduate school at the elite école Normale Supérieure, acceptance into which required a bachelor of science degree and adequate performance on two rigorous entrance examinations.

Pasteur elected to remain at Besançon for another year to complete his BS. It was during this time that he, simultaneously studying for his courses and working as a tutor, began to develop his passion for science. “Once one is used to working [in science],” he wrote to his family in Arbois, “one can no longer live without it. And of course, everything in the world depends on it; in science, one is happy; in science one rises above all others.”4

Receiving his bachelor of science degree in 1842, Pasteur chose to spend a year of intense postbaccalaureate study at the Collège Saint-Louis in Paris to prepare for the entrance examinations to the école Normale. He graduated first in physics and placed fourth in the nation on the entrance examinations. While studying for the examinations, he had risen early in the morning, before his scheduled classes, to attend the lectures of the great chemist Jean-Baptiste Dumas at the Sorbonne. Now, as a Normalien, Pasteur received private lessons in laboratory technique from Dumas’s assistant—in addition to his twelve daily hours of study for his courses.

When, upon his graduation in 1846, Pasteur received a prestigious appointment as a lecturer of physics in the faraway city of Tournon, he turned it down, instead hoping to remain in Paris to finish his doctorate and prepare for a research career in chemistry. Fortunately, Pasteur was able to obtain a job as an assistant in the laboratory of Jérôme Balard, the famous discoverer of bromine. There Pasteur would make his first indelible mark on the history of science. . . .

View all articles by Ross England →
Letter to the Editor
Libertarianism vs. Radical CapitalismReview: The Mark of Zorro

1 Patrice Debré, Louis Pasteur, translated by Elborg Forster (Baltimore, MD: The Johns Hopkins University Press, 1994), p. 496. Note that, where not otherwise indicated, the account of Pasteur’s life contained in this article relies on the work of two of his best biographers, Patrice Debré and René Vallery-Radot.

28 Sadly, Meister, in his despair over the Nazi occupation, later took his own life.

35 William Osler, The Evolution of Medicine: A Series of Lectures Delivered at Yale University on the Silliman Foundation in April, 1913, Kindle Edition.