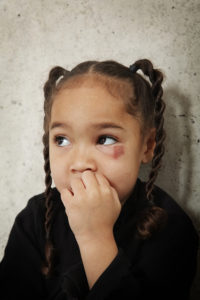 Carri and Larry Williams recently were sentenced for assaulting their deaf adopted son and killing their adopted daughter, Hana, while obeying their religion’s dictates on child discipline. The Williams followed the commands regarding corporal punishment found in the Bible (e.g., Proverbs 13:24, 22:15) and advocated in Michael and Debi Pearl’s “parenting” book To Train Up a Child.

Hana died of hypothermia hastened by malnutrition after her mother forced her to remain outside for hours in the rain while temperatures were in the forties. At the time of her death, Hanna was five feet tall and weighed seventy-eight pounds.

Hana was not the first child to die as a result of abuse motivated by the Bible and the writings of the Pearls. With horrific irony, seven-year-old Lydia Schatz’s adoptive parents beat her to death with a “quarter-inch plumbing supply line” over the course of several hours in obedience to scriptures such as Proverbs 23:13–14: “Withhold not correction from the child: for if thou beatest him with the rod, he shall not die.”

Four-year-old Sean Paddock was also the victim of abusive religious parenting reportedly linked to the teachings of the Bible and the Pearls. Sean suffocated after his mother bound him rigidly in blankets to keep him in bed.

The parents of these dead children have been tried and convicted in courts of law. Authors and worldviews that call for child abuse—and followers who engage in or promote such abuse—should be held morally culpable in the court of public recognition.

View all articles by Natalie Ogle →
Letter to the Editor
Evacuation Day: The Denouement of the American Victory for IndependenceRecycling Worthless Garbage Is Immoral
Return to Top