America Descends into Mutual Plunder (but Doesn’t Have To) 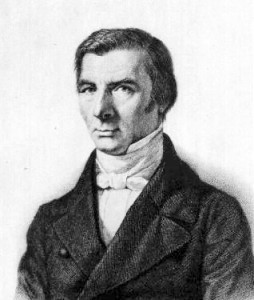 America is becoming a society of “mutual plunder among citizens,” as described by Frédéric Bastiat, and, if we don’t change course, things will get much worse. Consider a recent editorial from Investors Business Daily (based on a news report from CNSNews.com):

At the end of 2011, the last year for which data are available, some 108.6 million people received one or more means-tested government benefit programs—bureaucratese for welfare.

Meanwhile, there were just 101.7 million people with full-time jobs, the Census data show, including both the private and government sectors.

This is a real danger for the U.S.—the danger of dependency. Anytime more people are being paid not to work than to work, it imperils our democracy. No one votes to cut his own welfare benefits. So welfare grows.

This warning echoes a classic statement (the source of which is is obscure):

A democracy . . . can only exist until the majority discovers it can vote itself largess out of the public treasury. After that, the majority always votes for the candidate promising the most benefits with the result the democracy collapses because of the loose fiscal policy ensuing, to be followed by a dictatorship. . . .

The way to avoid that nightmarish future is for Americans to rediscover the virtues of constitutional republicanism and to grasp and consistently defend individual rights, including the rights of each person to keep and use his wealth. The alternative to mutual plunder is the mutual recognition of and respect for individual rights.