U.S. Government Assaults a Supermarket, Institute for Justice Defends It 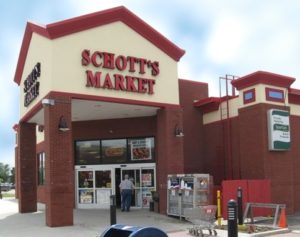 The IRS and the Department of Justice recently seized more than $35,000 from Schott's Supermarket in Michigan, which had done nothing wrong.

The government took this action under the civil forfeiture laws, which permit federal and state governments to confiscate property they believe may have been used in a crime—even when they have no evidence that a crime was committed.

Fortunately, the Institute for Justice (IJ) is defending Schott's and its owner, Terry Dehko, against the assault.

Civil forfeiture laws proceed from the absurd notion that the government can engage in a legal proceeding against property itself without taking action against its owner. And, as the name implies, the action takes place in civil court, not criminal court, which means the burden of proof is substantially lower.

How common is this practice? As IJ attorney Larry Salzman explains in a recent op-ed, “The federal government seized over $4 billion through forfeiture just last year, some of it from people . . . who have done nothing wrong.”

Civil forfeiture laws enable governments to circumvent the protections of the criminal justice system and to prosecute people in civil courts on the basis of little or no evidence of wrongdoing. These laws violate rights and are obscenely unjust.

Thank goodness for IJ and Mr. Salzman—and best success to them and to Schott's Supermarket and Terry Dehko in their fight for justice.