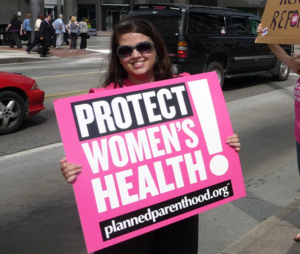 Several national organizations, including Planned Parenthood and the Center for Reproductive Rights, have joined with Texas abortion clinics to fight provisions of the outrageous anti-abortion bill signed into law in July by Texas Governor Rick Perry.

Although the new Texas anti-abortion bill has received widespread attention for its ban on abortions after twenty weeks of pregnancy, other provisions of the bill, which place essentially unfollowable regulations on abortion providers, will dramatically reduce access to abortions at even earlier stages of pregnancy.

One of the contested regulations states that all abortion providers in Texas must have admitting privileges at one or more local hospitals—a requirement that cannot be satisfied by many Texas abortion providers because they are visiting physicians who are ineligible for such privileges. Moreover, many abortion clinics in Texas are located in areas where the local hospitals are private institutions that refuse privileges to doctors who perform abortions.

Adding insult to injury, conservative Texas legislators have required a specific dosage regimen for medication-induced abortions (apparently assuming that they know more about prescribing medicines than do medical experts). This second disputed regulation stipulates that medication abortions, which account for 20 percent of elective abortions, use a six-hundred milligram dose of the drug mifepristone (the amount used in the thirteen-year-old FDA trial of the drug), even though newer research shows that a two-hundred milligram dose is safe, effective, and has fewer side effects.

Although Perry and other Texas conservatives have portrayed the bill as a step to improve women’s health, the content of these provisions is obviously antithetical to that goal. The real goal of these regulations is to place more obstacles in the path of abortion providers and to effectively ban procedures that, according to federal law, cannot be legally banned by the states. Planned Parenthood et al. are right to fight this bill and they deserve our moral support in this battle.