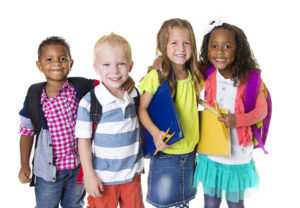 “Public schools,” Cook notes, are beset with “stagnant or declining graduation rates, substandard educations, dilapidated schools, angry teachers, underserved students.” These problems could be fixed, Cook argues, by outlawing private schools. “Wealthy people tend to lobby effectively for their interests, and if their interests were to include adequate public funding for the schools their children attend,” equality of opportunity would follow. “Put simply,” writes Cook, the “moral argument for banning private education” is this:

Equality of opportunity demands that children should not be penalized—or advantaged—by the accident of their birth. Educational benefits, which are the most crucial resource when it comes to determining the life-outcomes for children of all backgrounds, shouldn't be distributed based on how rich your parents are. They should be distributed equally.

In addition to being morally obscene because it calls for massive increases in the violation of individual rights, Cook’s argument is economically absurd because it ignores the rights-based causes of quality in education.

When government-run schools fail, they get to stay in “business” and complain that they need more money to do “better”—and that if they don’t get more money, they’ll continue to provide sub-par services. What other “business” gets to operate this way? (Think mail.)

Contra Cook, the solution to the atrocity known as “public” schools is to abolish government-run schools and completely privatize the market for education. Then all schools would be accountable to owners (or voluntary supporters) and customers—all would sink or swim based on merit—and all would enjoy equality before the law.

View all articles by Michael A. LaFerrara →
Letter to the Editor
Food Stampede Illustrates Depravity of “Welfare”British Scientists Achieve Breakthrough in Alzheimer’s Research
Return to Top