Craig Zucker Has the Balls to Fight Government Abuse 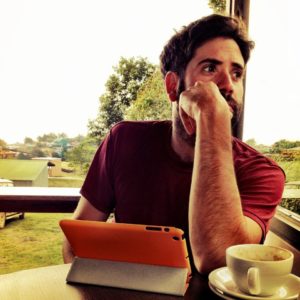 First the federal government shut down the production of Buckyballs—small magnets that can be arranged in interesting patterns and that were sold as toys to adults. Now the government is aiming to hold Craig Zucker, the CEO of the company that produced Buckyballs, personally liable for $57 million, the cost of the government-mandated recall.

But Zucker is not taking the government’s abuse lying down. He sees fit to fight this massive rights violation, and he has the balls to do it: Liberty Balls, magnets 33 millimeters in diameter (larger than Buckyballs), the sale of which will support his legal battle. A recent media release states:

Unwilling to roll over and accept an unprecedented lawsuit by the Consumer Product Safety Commission (CPSC), Craig Zucker, the founder of the company that created Buckyballs, and his supporters have launched “United We Ball,” a campaign to fight the lawsuit.

The campaign is selling two new products as well as branded merchandise with 100% of the profits going toward the legal fees of defending CPSC v. Maxfield and Oberton Holdings, LLC. et al., the legal battle of one individual against the government to stand up for what’s right for American consumers, businesses, and individuals.

“The CPSC sued me personally as an officer of a small business because the company disagreed with the agency and addressed their double standard when it came to Buckyballs,” said Mr. Zucker. “What matters more, though, is that the CPSC is trying to have a court ignore and rewrite the cherished American principle of ‘limited liability,’ which protects responsible, law-abiding company officers like myself from being unjustly sued.”

Should the CPSC succeed in forcing an individual to pay for a company’s product recall, government agencies, in the future, could go after any entrepreneur or officer of any company and hold him or her personally responsible for the company’s actions, even if no laws or regulations were violated. 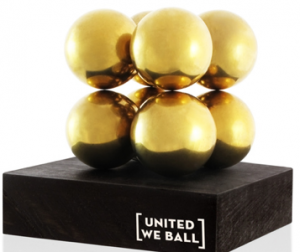 For more information about the government’s assault on Zucker, see the United We Ball website. And consider buying your own set of Liberty Balls to support Zucker. (I purchased mine already.)

Zucker is defending not only himself but the principles of individual rights and limited liability; in other words, he is defending our rights as well as his own. Zucker is correct: If the government gets away with this assault on him, it can come after any entrepreneur any time it likes. Zucker deserves moral support from all and financial support from anyone who can (nonsacrifically) afford it.