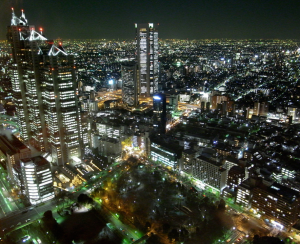 In the wake of the devastating 2011 earthquake and tsunami, the Japanese government shuttered the nation’s nuclear power plants (at the moment, all of them are closed), which had been generating 30 percent of the nation’s electricity.

In April, the U.S. subsidiary of Tokyo Gas Co purchased a 25 percent interest in the Texas Barnett Shale assets of Quicksilver Resources. Meanwhile, in Maryland, Tokyo Gas Co. signed contracts (through its subsidiary) to purchase gas from the planned Dominion Cove Point Liquefied Natural Gas Export Terminal. If this terminal is built, it will load ocean tankers with gas from the Gulf of Mexico, the Rockies, the Appalachians, and elsewhere, and send it to Asia.

Energy wise, the Japanese are clearly in dire straights. Whether this is due more to natural disasters or to statist policies, the Japanese people are fortunate that American energy producers—operating in relative freedom—have revolutionized the technologies of horizontal drilling and hydraulic fracturing (fracking), thereby radically expanding production of oil and natural gas, such that they can supply the East with the fruits of the West.

View all articles by David Biederman →
Letter to the Editor
ObamaCare Supporter: “I Didn’t Realize I Would Pay for It Personally”Janet Yellen: What You Should Know about the Next Fed Head
Return to Top