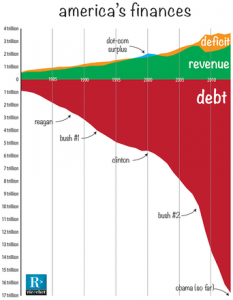 Where is the government doing with that money? Government spends over half the federal budget on direct wealth-transfer programs: Medicare, Medicaid, and Social Security alone consume over 40 percent of the budget.

In other words, the government’s dominant activity consists in forcibly seizing wealth from some Americans and giving it to others.

To federal politicians who act on the premise that government should force some Americans to sacrifice for the sake of others, the rights of the Americans being sacrificed—such as their rights to keep and use their own wealth for their own purposes—are irrelevant.