To Find “False Religion,” E. W. Jackson Should Look in the Mirror 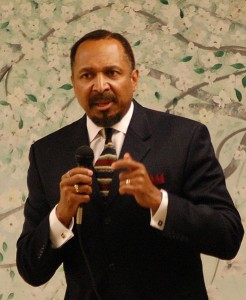 Jackson miraculously misses the obvious fact that some people reject all religion. More to the point, though, with respect to practitioners of other religions, Jackson has no leg to stand on. How does he deem any religion true or false? He does so according to religious faith—that is, he believes it without reason. (On the same grounds, he believes, among other niceties, that the minds of homosexuals “are perverted.”)

Virginians are considering this guy for lieutenant governor?

View all articles by Ari Armstrong →
Tiny Tile Promises to Find Your Lost Keys or Lost Child for YouUnder ObamaCare, “The Doctor Can’t See You Now”
Return to Top