The Keystone XL Pipeline, Anti-Technology Zealots, and Why Oil (and Everything) Costs More Than it Should 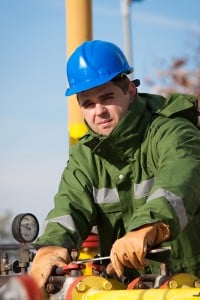 The National Research Council (NRC) recently published a study concluding that—contrary to claims made by industry opponents—crude oil from the Canadian Oilsands is no more likely than other oil to cause pipeline leaks.

Diluted bitumen, the kind of oil that would be transported through the Keystone XL Pipeline if it were built, has been imported safely into the United States for more than thirty years. So why was legislation passed in 2012 demanding “proof” of the oil’s relative safety? Fred Upton, chair of the House Energy and Commerce Committee, says that it was simply “an attempt to block the pipeline’s construction.”

Rather than requiring the accusers bring evidence to support their unsubstantiated charge that diluted bitumen is more likely to cause pipeline leaks, Congress passed legislation under the 2011 “Pipeline Safety, Regulatory Certainty and Jobs Creation Act,” which commissioned the NRC committee to assess the validity of these claims. The results of the study were unequivocal. As the committee chairman put it: “There’s nothing extraordinary about pipeline shipments of diluted bitumen to make them more likely than other crude oils to cause releases.”

Pipeline construction has not always been thwarted by arbitrary allegations buoyed by legislative interference. The age of modern pipeline development began in 1815, when William Murdock invented the coal-gas burning lamp system. To illuminate the city of London, he joined together old discarded musket barrels. This was such a success that inventors raced to create more and better pipes, and by 1819, 288 miles of pipeline fueled 51,000 lamps, bringing the city’s inhabitants light in place of darkness, thereby improving their quality of life in myriad ways. 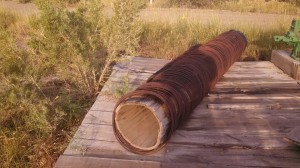 In the early 1820s in New York state, two wooden pipelines were built to transport natural gas that naturally bubbled up to the surface along Canadaway Creek and the shores of Lake Erie. These pipelines fueled various burners, including Barcelona Lighthouse, the first natural gas burning lighthouse in the world.

In 1865, the first oil-transporting pipeline made out of wood was built in the United States. The nine mile pipeline lowered shipping costs, helping to usher in the new age of fast and efficient fluid transport.

Americans enthusiastically embraced the use of pipeline to transport oil. By 1900, businesses had laid over 6,800 miles of it in the United States. Today, these lines extend more than 55,000 miles.

Unlike the pipelines of the aforementioned pioneers, the lines of the proposed Keystone XL will be made of 36-inch extra-thick corrosion-resistant steel. Before the piping is lowered deep into the ground and buried, each weld will be scanned for integrity by independent contractors using x-ray or ultrasonic technology. Detected imperfections will be repaired, ensuring that leakage, if there is any at all, will be minimal and insignificant.

In addition to these stringent and high-tech construction measures, the Keystone XL pipeline design incorporates more than 20,000 embedded pressure sensors which will relay information via satellite to the TransCanada control center. If a problem is detected, pipeline operators will engage remotely controlled shut-off valves, stopping flow as necessary until any problem can be corrected. According to the Department of State, approval of the Keystone XL “would result in a project that would have a degree of safety over any other typically constructed domestic oil pipeline system under current code.”

Yet with all these safety measures and many more, and after four years of safety reviews, the Keystone XL remains unbuilt, and unnecessary studies based on unsubstantiated claims (like the one above) continue to consume businessmen’s and engineers’ time and resources.

Opponents of this oil-transportation technology, using government force, have brought this incredibly safe delivery mechanism for the lifeblood of civilization to a halt. Consequently, they have dramatically retarded energy production, increased the costs of oil and thereby of all other goods and services, and harmed our standard of living in countless ways relative to what it would otherwise be.

Americans who want to support the production of energy on which our lives and prosperity depend must demand that our government stop aiding anti-development groups and stop passing laws based on their arbitrary claims.

View all articles by David Biederman →
Letter to the Editor
Spock’s Illogic: “The Needs of the Many Outweigh the Needs of the Few”Jonathan Hoenig and Wayne Rogers: Regarding Syria, Americans Should Be Selfish
Return to Top