The Devil Is in the Mysticism 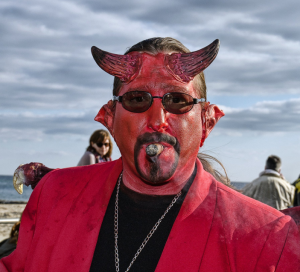 When someone does something evil, does the devil make him do it? Most Americans believe that’s possible, as the Washington Examiner reports.

It is hard to believe that, in this day and age, Americans accept such irrational, mystical, dangerous nonsense.

Historically, beliefs in demonic possession have led (among other things) to “witches” being burned at the stake and children being killed during “exorcisms,” efforts to extract “demons” from their souls. Recently a Florida man imprisoned his girlfriend and tried to exorcise the devil from her. In Africa belief in demonic possession is widespread, and “exorcism” often involves the torture and murder of alleged witches.

In modern-day America, where we witness the fruits of reason all around us every day—and where a fully rational, observation-based philosophy is available for all to learn and live by—belief in the devil or ghosts or the like is insanity.

It is not the devil but mysticism that America needs to cast out. And we need to replace it with an unwavering commitment to reason.