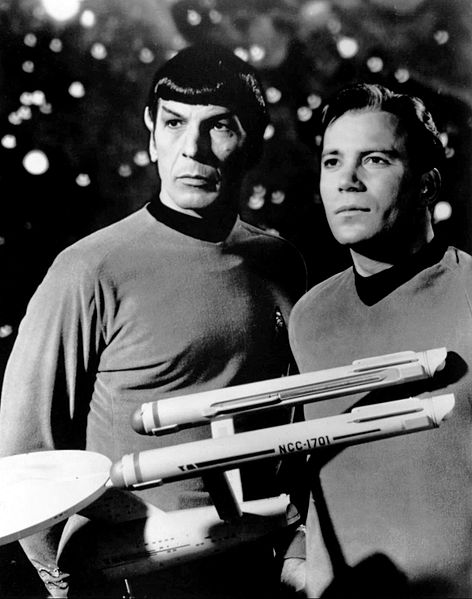 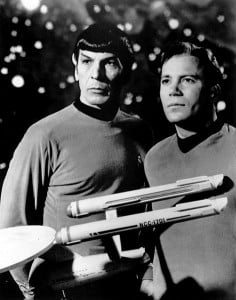 With this week’s DVD release of Star Trek into Darkness, now is a good time to evaluate or reevaluate the oft-stated Star Trek claim, “The needs of the many outweigh the needs of the few” (or “the one”). This claim is made in various scenes in the films, including in the latest one. Let’s first consider some instances and the relevant contexts.

In The Wrath of Khan (1982), Spock says, “Logic clearly dictates that the needs of the many outweigh the needs of the few.” Captain Kirk answers, “Or the one.” This sets up a pivotal scene near the end of the film (spoilers follow).

With the Enterprise (ship) in imminent danger of destruction, Spock enters a highly radioactive chamber in order to fix the ship’s drive so the crew can escape danger. Spock quickly perishes, and, with his final breaths, says to Kirk, “Don't grieve, Admiral. It is logical. The needs of the many outweigh . . .” Kirk finishes for him, “The needs of the few.” Spock replies, “Or the one.”

In the next film, The Search for Spock (1984), the crew of the Enterprise discovers that Spock is not actually dead, that his body and soul survive separately, and that it may be possible to rejoin them—which the crew proceeds to do. Once restored, Spock asks Kirk why the crew saved him. Kirk answers, “Because the needs of the one outweigh the needs of the many.” This is, as Spock might say, a fascinating reversal of the message in the previous film.

How can these ideas be reconciled? . . .

View all articles by Ari Armstrong →
Letter to the Editor
On the Anniversary of 9/11, Relativism and Religion Still Paralyze American Self-DefenseThe Keystone XL Pipeline, Anti-Technology Zealots, and Why Oil (and Everything) Costs More Than it Should
Return to Top