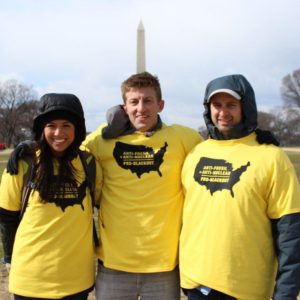 Perhaps we should expect no better from the magazine that published a sycophantic tribute to the Boston bombers. Still, it is disappointing to see Rolling Stone smear Alex Epstein, a contributor to The Objective Standard, president of the Center for Industrial Progress, and outspoken defender of the use of fossil fuels.

Calling Epstein one of “Global Warming’s Denier Elite,” Rolling Stone falsely claims that Epstein denies that warming has occurred. In an article for Forbes, Epstein sets the record straight:

I am an outspoken global warming affirmer. I recognize that in the last 150 years the average temperature around the globe has trended upward rather than downward. I recognize that human CO2 emissions make a contribution to warming through the mechanism of the “greenhouse effect.”

Epstein moves the discussion in a useful direction:

The real point of contention is not whether there is some global warming and whether human beings have some climate impact, but a) whether warming is a problem and b) whether fossil fuel energy should be restricted. My answers are a) “No” and b) “No!”

As Epstein points out, practically no one denies that global warming has taken place in the last century—just as it has taken place many times throughout Earth’s history. Unfortunately, many people—apparently including those involved with this smear piece at Rolling Stone—wrongly ignore or deny the fact that the use of fossil fuels has dramatically improved human life.

Early industrialists burned coal to power ships, trains, and factories. To this day, industrialists burn coal to produce much of the electricity people need to power their appliances, cool and heat their homes, run their electronics, and so on. We burn petroleum to ship goods and services and move ourselves from place to place. A huge percentage of the goods we produce and use are made of petroleum. Thanks to the revolution in hydraulic fracturing, we increasingly use natural gas to generate electricity, run our furnaces, and so on.

Kudos to Epstein, and shame on Rolling Stone.