“Raisin Outlaws” Fight for Freedom to Produce and Trade 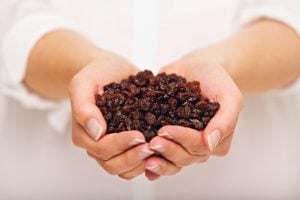 California raisin farmers Marvin and Laura Horne decided to sell all of the raisins they produced—and thereby ran afoul of the law.

As NPR reports, the Raisin Administrative Committee (RAC) dictates what percentage of his raisin crop a California producer is permitted to sell each year. The RAC—backed by the force of law—takes the “excess” raisins from the producer, without compensation, and puts them in a “raisin reserve.”

The RAC’s edicts are subject to the approval of the U.S. Department of Agriculture—which typically approves them—and, with that approval, carry the weight of law, as authorized by the Truman-era Federal Raisin Marketing Order Part 289. The purpose of this statist folly is to prop up the prices of California raisins.

For decades, the Hornes complied with the raisin control laws. Then, in 2002, the RAC dictated that a whopping 47 percent of the farmers’ raisin crops would be sent to the “reserve.” For the Hornes, that was the last straw. They decided to fight back, taking advantage of a “loophole” they thought they saw in the law. They reorganized their business to function at 100 percent capacity, ignored the RAC’s quotas, started selling all of their raisins, and challenged the USDA in court.

Now, a decade later, the Washington Post reports, the Hornes are potentially on the hook for “at least $650,000 in unpaid fines [and] 1.2 million pounds of unpaid raisins”—enough to bankrupt them. Their case, Marvin D. Horne, et al. v. Department of Agriculture, worked its way to the U.S. Supreme Court.

View all articles by Michael A. LaFerrara →
Koni Dole: Loses a Leg, Shines in Football AnywayPawn Stars and the Beauty of Capitalism
Return to Top