On the Anniversary of 9/11, Relativism and Religion Still Paralyze American Self-Defense 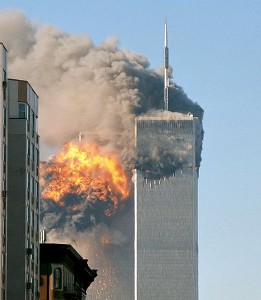 Twelve years have passed since September 11, 2001, when Islamic terrorists attacked the United States, murdered nearly three thousand Americans, and tore apart the lives of countless more. During these years, Islamic terrorists have continued plotting, attacking, and killing Americans, not only overseas, but also on American soil, with four “successes” among a total of sixty plots, and counting. The successes to date are, as the Heritage Foundation recounts:

(1) the intentional driving of an SUV into a crowd of students at the University of North Carolina–Chapel Hill in 2006; (2) the shooting at an army recruitment office in Little Rock, Arkansas, in 2009; (3) the shooting by U.S. Army Major Nidal Hasan at Fort Hood, also in 2009; and (4) the bombings in Boston.

What has the U.S. government done to eliminate the fundamental cause of 9/11 and these ongoing assaults? Worse than nothing.

Having refused to identify as the fundamental enemy the main regimes that fuel such assaults—namely, those in Iran and Saudi Arabia—let alone eliminate them, our government has instead pursued tribes of cave dwellers in Afghanistan; ousted from Iraq the regime of Saddam Hussein, a major enemy of Iran; gone to war with Libya; spied on American citizens; molested children and grannies in airports; contemplated war with Syria; and engaged in various other activities wholly unrelated to eliminating the fundamental cause of the assaults on America.

What do we have to show for these “efforts”? We have 6,668 dead American soldiers (and counting)—plus more than 50,000 wounded soldiers, more than 16,000 of whom are severely wounded, and more than 1,600 of whom have lost one or more limbs—plus the unimaginable pain and suffering of all of their loved ones.

What we don’t have for these efforts is even a beginning to the end of the Islamic terrorist assaults on Americans.

America has not taken so much as a step in the direction of destroying the regimes in Iran and Saudi Arabia. The problem is not a lack of knowledge that these regimes are the fundamental cause of the assaults. The problem is that America knows that they are the cause, yet refuses to do anything about it.

Here’s just a little bit of what we know about Iran’s support for terrorism against America: . . .

View all articles by Craig Biddle →
War on Syria is Not the Means to Credibility and Security; War on Iran IsSpock’s Illogic: “The Needs of the Many Outweigh the Needs of the Few”
Return to Top