Minimum Wage Laws: Immoral, Crippling, and Nevertheless Supported by Many 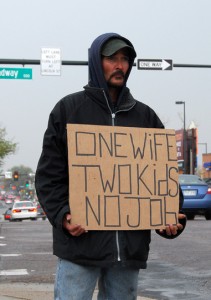 The phrase in vogue today with advocates of minimum wage laws—laws forcing employers to pay employees more than they otherwise would—is “living wage.” But, apart from laws mandating a minimum wage, this phrase has no referent in reality. And laws dictating minimum wages are immoral.

To get a sense of how widespread are calls for a so-called “living wage,” consider some recent news stories:

The fact that no one can agree on what a “living wage” is—is it $10, $12.50, $15, or some other number plucked from the air?—indicates that the phrase is totally arbitrary.

If the phrase means anything in literal terms, it would have to mean a subsistence wage. But no advocate of the so-called “living wage” wants to forcibly reduce wages to that required for mere subsistence. Instead, everyone who advocates a “living wage” wants to force employers to pay workers more than they currently do. (Although minimum wage laws would be immoral in any case, the fact is that most people who earn the minimum wage don’t supply the sole income on which their household is living, anyway.)  . . .

View all articles by Ari Armstrong →
Letter to the Editor
New Yorkers Deemed Criminals for (Gasp!) Serving Dinner for a FeeIn Response to Navy Yard Massacre, Government Should Focus Exclusively on Protecting Rights
Return to Top