Jonathan Hoenig and Wayne Rogers: Regarding Syria, Americans Should Be Selfish 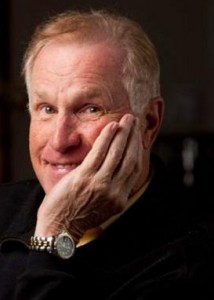 Astonishing as it is that we must argue for the principle that the U.S. military should be deployed exclusively in service of America’s self-interest, we must.

As Craig Biddle explained on the anniversary of the 9/11 terrorist attacks, many Americans, including our politicians, advocate a foreign policy that sacrifices American security, wealth, and lives for the sake of others. (As to why so many Americans advocate such a policy, see Biddle’s article.)

Thankfully, though, some outspoken Americans are calling for a policy of self-interest. Jonathan Hoenig and Wayne Rogers (actor, investor, Navy veteran) recently appeared on Fox’s Cashin’ In, and, on the question of whether the United States should enter the Syrian civil war, both men unequivocally and unabashedly advocated a policy of selfishness.

Americans, I think, would gladly pay any price, whether its in their lives or their treasure, for American interests. But to sacrifice American kids [and] American treasure for these savage Islamists is . . . treasonous. . . . Our soldiers are not sacrifices; they’re rational, they’re self-interested. And to send them off in any element of harm’s way for al Qaeda’s children I think is criminal.

Hezbollah is with Assad; we know that. And al Qaeda is with the rebels; we know that. So why not let them shoot each other? We have no selfish interest there to protect.

This is what Americans should be saying to our politicians. This is the kind of policy that makes sense for a country founded to protect its citizens’ rights to life, liberty, and the pursuit of happiness. This is the language of a genuinely American policy on the use of military force.

Although Rogers does incorrectly detach selfishness from morality, he is correct to call for a selfish approach to the use of American forces. Thank you, Mr. Hoenig and Mr. Rogers—and please keep speaking the moral truth loudly and clearly.

View all articles by Ari Armstrong →
Letter to the Editor
The Keystone XL Pipeline, Anti-Technology Zealots, and Why Oil (and Everything) Costs More Than it ShouldHelium-Lifted Craft and Other Advances Promise Better Living and Spiritual Fuel
Return to Top