Government Extorts Money from Ebook Publishers; You Can Refuse to Participate 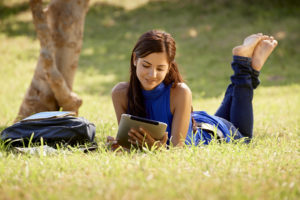 If you purchased ebooks from select publishers, the government is offering to force those publishers to send you “settlement” funds as part of the government’s antitrust action against them.

As a matter of justice, you should refuse those funds—as I have done. To accept them would be to sanction the government’s legalized extortion of those businesses.

First, consider the background. On August 31, I received an email from Amazon stating:

[Y]ou are entitled to a credit for some of your past Kindle book purchases as a result of legal settlements between several major book publishers and the Attorneys General of most U.S. states and territories. We wanted to let you know that two more publishers have since settled with some State Attorneys General and Class Plaintiffs and these new settlements may increase the amount of the credit you will receive.

But why do these ebook publishers (allegedly) owe anyone anything? Through freely negotiated contracts, they and booksellers agreed to the asking price for books, and customers willingly purchased (or declined to purchase) books at that price. No force or fraud was involved. These sales were free-market transactions similar to those we engage in every day for a multitude of products and services and with a multitude of businesses. The publishers should not be punished; they should be thanked for providing such wonderful products in exchange for so little.

But the government is not content with these free exchanges made by willing participants. Acting on the inherently ambiguous antitrust laws, the government deemed that various publishers, along with Apple, set prices other than what government bureaucrats felt best.

Fortunately, customers who willingly purchased the ebooks in question can decline to participate in the government’s extortion racket. A government Web page devoted to the case makes available an “exclusion request,” which, if you fill out and mail in, means “you will not receive any money from the settlement(s)” in question.