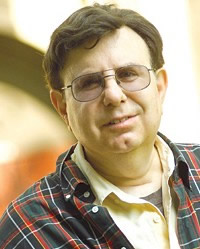 Allan Gotthelf—a philosopher and author best known for his scholarship on Aristotle and Ayn Rand—died August 30, 2013 of cancer at the age of seventy.

Gotthelf knew Rand, discussed philosophy with her on multiple occasions, and participated in her workshops on epistemology, transcripts of which were later published. His obituary in the New York Times indicates the impact he and Rand had on each other:

Gotthelf met Ayn Rand in 1962, in connection with lectures on her philosophy that he attended. Rand took an active interest in philosophy students, and over the next 15 years, he had the opportunity for long philosophical discussions with her. Gotthelf is one of two friends whose expressions of interest Rand said prompted her to write Introduction to Objectivist Epistemology, which has become one of history's best-selling works on epistemology. Gotthelf was an active participant in Rand's famous 1969–71 Workshops on that book, an edited transcript of which now appears as an appendix to the book's second edition (Plume, 1990). Gotthelf was a founding member of the Ayn Rand Society, a group affiliated with the American Philosophical Association, and he held the Society's highest office from 1990 until his death.

I attended his memorial service on September 7, where many of his friends, colleagues, and loved ones shared stories about his constantly cheerful attitude, his quick wit, and his love of many things, including the baseball Negro League, Bruce Lee, fine restaurants, and Frank Lloyd Wright’s architecture. His close friends Harry Binswanger and Michael Berliner referred to Gotthelf as “an ambassador for Ayn Rand’s philosophy of Objectivism” because he worked so diligently and effectively to introduce Rand’s ideas in academia, where he broke through barriers that appeared impenetrable.

Gotthelf is buried at Kensico Cemetery in Valhalla, New York, his epitaph reads:

Allan Gotthelf, December 30, 1942—August 30, 2013
What better life—some precious loves aside—than to have spent my time with the minds of Aristotle and Ayn Rand . . . And to have brought their wisdom to the world!