With the latest Star Trek film, Star Trek into Darkness, coming out on DVD, now is a good time to recount the virtues of the original films, which date back to 1979 and are worth watching or rewatching, as the case may be. Viewers of the newest film, which includes many of the same characters as the original films but in an altered timeline, will notice numerous interesting parallels to the stories of the originals. 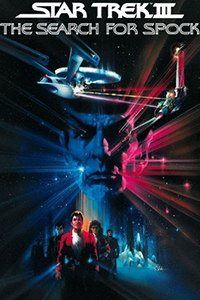 Star Trek, the original series, first aired on television from 1966 to 1969. Due to the series’s popularity in syndication, as well as the popularity of the 1977 science-fiction films Star Wars and Close Encounters of the Third Kind, Paramount Pictures decided to reinvigorate its major science-fiction property as a film. The result was Star Trek: The Motion Picture.

Of all the Trek films, the original fits best in the genre of classic sci-fi. It is also the film with the least physical action. The story involves the crew of the starship Enterprise and its interactions with a strange being from the distant reaches of space, a machine on a quest to join its creator. This gigantic space-faring machine, surrounded by a mysterious cloud, attacks ships it regards as threatening. In an attempt to communicate with the crew of the Enterprise, the machine kidnaps and duplicates a crew member, killing her in the process.

With its psychedelic portrayal of the machine’s inner being (into which the Enterprise travels) and its jangling soundtrack, this film is rather dated. Thankfully, the performances make the best of the material, and Persis Khambatta creates an especially memorable character as the duplicated crew member.

Thematically, the film leaves little to remember it by (although Freudians could have a field day analyzing its portrayal of a machine trying to “merge” with its creator). But the film is good, classic science fiction, and it is a work that will continue attracting the interest of science-fiction fans.

In The Wrath of Khan, released in 1982, Ricardo Montalbán—then famous for leading the television series Fantasy Island—creates the most memorable Star Trek villain, Khan Noonien Singh, a maniacal but intelligent man bent on the destruction of James T. Kirk, former captain of the Enterprise and now an admiral in Star Fleet. . . .

View all articles by Ari Armstrong →
Letter to the Editor
Review: Oz the Great and PowerfulReview: The Men Who Lost America, by Andrew Jackson O’Shaughnessy
Return to Top