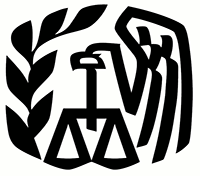 The revelation in May of this year that the Internal Revenue Service (IRS) was systematically targeting Tea Party and other conservative groups for special scrutiny under the laws governing nonprofit organizations shocked the nation and triggered one of the Obama administration’s biggest scandals to date. According to a Treasury inspector general’s report, in May of 2010, agents in the IRS’s Cincinnati office began singling out applications for nonprofit status from groups with terms such as “Tea Party” or “patriot” in their names. The agents conducted lengthy investigations of the groups to determine whether they intended to spend too much of their money on political activities that are prohibited to most nonprofits.1 The IRS required some groups to answer long lists of questions about their intentions, it demanded donor lists from others, and it even examined Facebook and Internet posts.2 Some groups simply gave up and withdrew their applications. Others spent two years waiting for a decision that never came.3

When Congress investigated the scandal, Lois Lerner, the former head of the office that oversees nonprofit organizations, invoked her Fifth Amendment right against self-incrimination and refused to testify. Later, hearings revealed that Douglas Shulman, the former head of the IRS, was cleared to visit the White House at least 157 times during his tenure and that IRS chief counsel William Wilkins, who was one of two Obama appointees at the IRS, helped develop the agency’s guidelines for investigating the Tea Party groups.4 As a result, critics of the IRS have good reason to think that the scandal reaches the highest levels of our government.

The public’s outrage over this scandal is, of course, entirely appropriate. If the government can enforce laws based on nothing more than one’s political views, then both freedom of speech and the rule of law are dead. But the outrage over the IRS’s focus on conservative groups obscures a far more important question: Why was the IRS investigating the political activities of any group? . . .

11 Indeed, critics of campaign spending have noted that conservative groups have spent much more on independent ads than groups hailing from the left. See Ethan Epping, “IRS Scandal: If the IRS Did Target Conservative Groups, They Were Right,” PolicyMic, May 2013, http://www.policymic.com/articles/41893/irs-scandal-if-the-irs-did-target-conservative-groups-they-were-right.

18 A political committee is defined under the laws as a group of two or more people that receives or spends more than $1,000 to influence the outcome of an election. See 2 U.S.C. § 431(4)(A). Political committees file regular reports to the FEC of their activities. See § 434(a). They must disclose all donors who give more than $200 to the committee and any person to whom they make a disbursement of funds. See § 434(b). (Statutes available at http://www.fec.gov/law/feca/us_code.shtml.)

19 There are actually a number of 501(c) nonprofits that receive the same type of tax exemption as 501(c)(4)s but for whom donations are not tax deductible to the donor. For example, 501(c)(5) allows agricultural organizations and unions to function this way and 501(c)(6) applies to business and civic leagues. See Treasury Inspector General’s Report, supra note 1, at 2. All three of these groups are treated similarly under the tax code, but for ease of reference, this article refers only to 501(c)(4)s.

21 Consistent with this point, the first corporate income tax applied only to organizations that were operated for a profit. It thus exempted various organizations that operated as nonprofits. See Joint Committee on Taxation, “Historical Development and Present Law of the Federal Tax Exemption for Charities and Other Tax-Exempt Organizations,” April 19, 2005, p. 29, n. 26 (https://www.jct.gov/publications.html?func=startdown&id=1586).