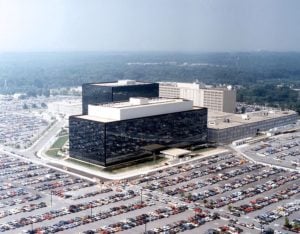 “The National Security Agency [NSA] has broken privacy rules or overstepped its legal authority thousands of times each year since Congress granted the agency broad new powers in 2008,” the Washington Post reports.

Regardless of how one evaluates the Post’s source for this information (Edward Snowden), the NSA’s big-brother tactics clearly violate the rights of American citizens.

Government is properly the agent of the citizens to protect their rights. A government that spies on citizens without sufficient cause, as the NSA has obviously been doing, violates rather than protects citizens’ rights.

Americans who care to preserve our liberty and our security must demand that our government stop spying on peaceable citizens and start doing its job—which, in this area, means destroying the Islamic terrorists who have killed many Americans and are working to kill many more.

View all articles by Ari Armstrong →
Letter to the Editor
Harry Reid Confesses Truth About ObamaCareGeorge Will: A Conservative “None” in Need of Ayn Rand’s Theory of Rights
Return to Top