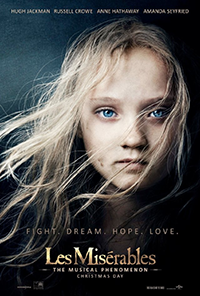 Les Misérables, the recent film adaptation of the beloved musical based on Victor Hugo’s epic novel, carries viewers through a sweeping tale of revolution, romance, and redemption. Set in 19th-century France, the film captures the drama and hardship of life during a time of revolutionary turmoil while providing a testament to the inner hero of man and his capacity to live as an embodiment of his values.

The film opens with the release of ex-convict Jean Valjean (Hugh Jackman) on parole from a nineteen-year prison sentence he suffered for stealing a loaf of bread and repeatedly attempting to escape. Valjean attempts to resume a normal life under the watchful eye of his nemesis, the rigid Inspector Javert (Russell Crowe). Valjean soon realizes that the only way he can be truly free is to violate his parole, disappear, assume a new identity, and begin his life anew. . . .

View all articles by Zachary Huffman →
Letter to the Editor
Dr. Josh Umbehr on the Concierge Medicine RevolutionReview: Oz the Great and Powerful
Return to Top