Kudos to Scientists Improving Animal Organs for Use in Humans 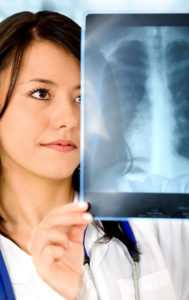 In an interview with Popular Mechanics, Martine Rothblatt, founder and CEO of United Therapeutics, discusses the progress her company has made developing genetically enhanced pig lungs for transplantation in humans.

Rothblatt, who entered the biotechnology field when her daughter was diagnosed with a life-threatening pulmonary disease, now believes she is on the verge of dramatically improving treatment for those suffering from acute pulmonary diseases such as pulmonary hypertension, cystic fibrosis, pulmonary fibrosis, and emphysema.

Rothblatt explains that most people suffering from severe pulmonary disease have a reduced life expectancy and are burdened by (among other things) medications that cause exhaustion. The majority of patients on waiting lists for human lung transplants die before receiving them.

Creating a viable alternative with genetically enhanced pig organs for human transplant would open an abundant market of organs that could save the lives of tens of thousands of people each year. The challenge is preventing the human body from rejecting the organs of other species.

In 2010, Australian scientists successfully removed from pig DNA an element called the Gal gene, which seems to have eliminated the problem of blood coagulation in pig-to-human transplantation. Rothblatt is building on this success and working to solve the problem of inter-species rejection. She has already successfully made four genetic modifications of about twelve she thinks necessary to achieve human-compatible organs. Rothblatt aims to successfully complete a pig-to-human lung transplant by the end of the decade, and to follow shortly with transplants of other organs, including kidneys, livers, and hearts.

Congratulations and “thank you” to Rothblatt and her team on the progress they have made so far—and best success to them as they proceed with their research and experimentation. Their advances give rational hope to millions suffering from as-yet unconquered diseases. Cheers to these men and women of reason.