If You Berate Parents for Sending Their Kids to Private School, You Are a Bad Person 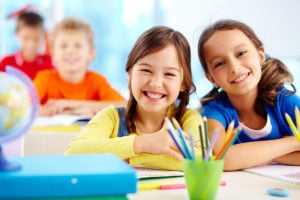 Allison Benedikt’s article for Slate, “If You Send Your Kid to Private School, You Are a Bad Person,” is morally atrocious. Benedikt argues that parents should intentionally subject their children to a poor-quality education in the government’s “public” schools for the sake of attempting to make those schools better for some distant future generation. That is, Benedikt calls on parents to sacrifice their own children’s welfare for the sake of an alleged “common good.”

Benedikt’s piece is so ludicrous that it’s hard to believe it’s not a spoof. She says she’s not comparing parents who send their children to private schools to murderers—thereby making precisely that comparison. She then says she doesn’t support “banning private schools”—thereby raising the possibility of doing so. And she proceeds to tell parents that their child’s education doesn’t matter much, writing, “You want the best for your child, but your child doesn’t need it. . . . [C]hances are that your spawn will be perfectly fine at a crappy public school.”

To “illustrate” this last point, Benedikt mocks the idea that children need to read great literature or the like, and she makes clear what she feels kids really need:

Reading Walt Whitman in ninth grade changed the way you see the world? Well, getting drunk before basketball games with kids who lived at the trailer park near my house did the same for me. In fact it’s part of the reason I feel so strongly about public schools. . . .

View all articles by Ari Armstrong →

“I Have a Dream”: Martin Luther King Urges Consistency to Founding PrinciplesAntitrust Assault on Halliburton, Baker Hughes, and Schlumberger is Obscene
Return to Top