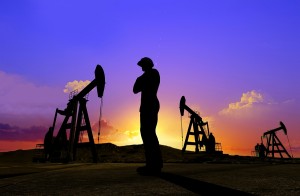 In 2011, oil and gas exploration and production companies operating in the United States added almost 3.8 billion barrels of crude oil and lease condensate [types of liquid hydrocarbons] proved reserves, an increase of 15 percent, and the greatest volume increase since the Energy Information Administration (EIA) began publishing proved reserves estimates in 1977.

The EIA defines a proved reserve as "estimated volumes of hydrocarbon resources that analysis of geologic and engineering data demonstrates with reasonable certainty are recoverable under existing economic and operating conditions."

The major factor contributing to this incredible increase in oil availability is the implementation by energy producers of horizontal drilling and hydraulic fracturing (fracking).

In 2009, oil companies operating primarily in Texas and North Dakota began to emulate the success of natural gas producers by refining these technologies to work in tight oil formations, and the results have been extraordinary. Oil production in 2010 increased by 2.4 percent from the previous year. In 2011, U.S. oil production increased another 3.3 percent despite a 23 percent drop in offshore production in the Gulf of Mexico due largely to “the lingering effects of the drilling moratorium” there.

Those working in the field of hydraulic fracturing are heroes of production, exemplifying the spirit of American innovation, exploration, and freedom that made this country the wealth-generating, life-enabling wonder it is today. History shows that fracking has brought tremendous abundance and prosperity to this country—and everyone who champions abundance and prosperity should celebrate this technology and its purveyors. Here’s to fracking and frackers!