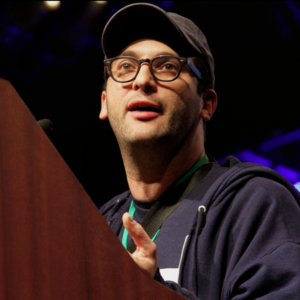 Living is risky. In 2011, for example, 123,000 people in the United States died from unintentional injuries, including 35,000 from motor vehicle accidents and 27,000 from falls (figures rounded). But we don’t quit driving because some people die in car accidents, and we don’t quit walking or using ladders because some people die from falls. Engaging in any activity entails some kind and degree of risk. And the activity of producing energy is no exception.

The breakthrough technologies of horizontal drilling and hydraulic fracturing (fracking) to extract oil and natural gas from deep underground are remarkably effective and, relative to countless other activities, remarkably safe. Fracking in the United States has made possible dramatic increases in the production of natural gas, which millions of Americans use to heat their homes, cook their food, and generate their electricity. As for safety, the most recent federal study of fracking found no evidence that it contaminated drinking water in the study area, western Pennsylvania; nor has any other objective study found substantial harms from fracking.

But Josh Fox, director of the anti-fracking “documentary” Gasland II, is not interested in an objective appraisal of the technology. He is interested in smearing fracking and slandering frackers.

Thankfully, Alex Epstein of the Center for Industrial Progress, writing for Forbes, corrects many of Fox’s distortions. I will let Epstein and others address Fox’s various factual errors; here I want to focus on a profound insight that Epstein has into Fox’s general approach:

This is a blueprint for opposing any technology. For example, Fox could make Carland, which could show car crashes and then blame all of them on “Big Auto.” Then it could argue that because car crashes are possible, we don’t need cars.

To take Epstein’s point further: Every single piece of technology we use could be condemned by Fox’s approach, for every one of them involves the use of raw materials and energy to create and (often) to use the product. All of the plastics, metals, and fibers we use for everything from computers to cameras to bicycles come from resources buried in the ground or growing on top of it. Likewise, the electricity used to manufacture and operate these items comes from power generated by use of natural resources.

It is simply impossible to produce anything without accepting some risk. Shame on Fox for smearing this life-serving technology and the heros who develop and employ it. And kudos to Epstein for exposing Fox’s fraudulent claims and anti-technology—thus anti-life—premises.