Toast the Re-Legalization of Homebrewing 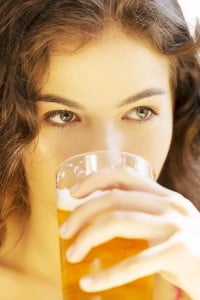 The founders would have been shocked to learn that their nation would outlaw the homebrewing of beer—shocked, among other reasons, because Thomas Jefferson, Sam Adams, and other founders brewed beer themselves.

Finally, after 80 years, homebrewing has been re-legalized in all fifty states. The American Homebrewers Association summarizes:

Even after prohibition was eradicated with the implementation of the 21st Amendment in 1933, homebrewers would still be criminals in the eyes of the federal law for over four-and-a-half decades. President Jimmy Carter signed a bill that went into effect on February 1, 1979 federally legalizing homebrewing, but it remained up to each state to determine their individual alcohol policies, including home beer production. Over the course of the next forty-six years, states adopted legislation, permitting the making of beer at home.

The final holdout, Mississippi, legalized homebrewing earlier this year, and the law went into effect July 1. (See the New York Times story on the matter for additional details.)

The re-legalization of homebrewing is a significant victory for the liberty of the many people to whom brewing, sharing, and drinking beer is an important hobby and pastime.

The legal victory is also a welcome reminder that, however absurd, destructive, and rights-violating legislation may be, Americans can roll back such legislation and decrease the extent to which government violates rights. Bottoms up!

View all articles by Ari Armstrong →
Letter to the Editor
Is Objectivism a Cult?Morally Judging Muslims and Other Religionists
Return to Top