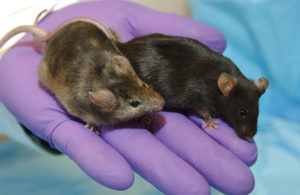 Japanese scientists at the Riken BioResource Center have discovered a way to clone mice from cells drawn from circulating blood, the BBC reports (and as Mikayla Callen mentions here).

Scientists took blood cells from the tail of a donor mouse and used them to make viable clones in the lab. This advance is crucially important because it enables scientists easily to reproduce research mice, which often become infertile.

Prior to this advancement, mice were substantially more difficult to clone, and the process was inefficient. With older techniques, scientists use blood cells drawn from the lymph nodes, bone marrow, or liver, and, in addition to these methods sometimes resulting in damaged DNA, they also require the euthanization of the donor mouse.

The new process does not run the risk of damaged DNA, and, because it enables scientists to clone mice from a single drop of blood drawn from the mouse’s tail, the donor mouse remains alive and can be used repeatedly. This, of course, means that scientists can substantially accelerate research involving mice toward the improvement or creation of medical treatments for men.

Congratulations to the men and women of reason at the Riken BioResource Center for this profound advance in cloning technology.