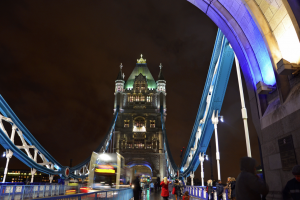 Recently the Mayor of London wrote that within two years, energy scarcity will “force some industries not to operate at peak times” in the city. His solution is to bring hydraulic fracturing to the country; he said, “We should leave no stone unturned, or unfracked, in the cause of keeping the lights on.”

Britain, Europe's largest consumer of natural gas, does possess abundant energy potential in the form of raw materials. Beneath the ground lies (among other things) the Bowland shale, which the British government estimates to hold decades of energy in the form of shale gas. The technology and expertise to develop this potential could be imported from North America.

However, unlike in the United States, where the shale gas that fueled the fracking revolution was largely on private land, where property rights were largely protected and businessmen were free to take risks and seek profits, the shale in Britain is controlled by the government, which is motivated not by profits but by politics. Bureaucrats who lack both the incentive and the talent to get oil from rocks will not get oil from rocks. And businessmen who are throttled by “public” interests and political considerations will not get much oil from rocks either.

If the British want the kind of fruit that real and unshackled businessmen can reap from the Bowland shale or the like, they will have to convince their government to sell the property to the private sector, and to protect the rights of the private owners and the businessmen with whom they contract to develop it for profit.

The mayor of London has said “We should leave no stone unturned, or unfracked, in the cause of keeping the lights on.” One stone the Brits must not leave unturned is the producer’s stone, under which they will find the unassailable primaries of private property rights and the profit motive. When it comes to fracking, these are king. Hence the American Energy Revolution.

View all articles by David Biederman →
Letter to the Editor
Ralph Peters: “Mesmerized by Elections, We Forgot Freedom”Help TOS Fight for the Future
Return to Top