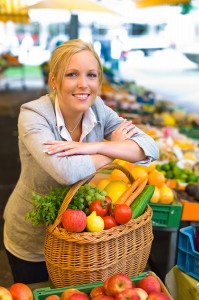 Because the federal government chooses to subsidize corn and soy—key ingredients in junk food—instead of fruits and vegetables, unhealthy snacks are kept artificially cheap while healthier food remains relatively pricey.

NJPIRG’s Joe Coleman suggests adding subsidies for “apples and other fruits and vegetables” to make us “a little healthier as a nation,” Goldberg reports.

Although Coleman correctly argues that the government is wrong to subsidize corn and soy, the fundamental problem is not subsidies to corn and soy producers, but farm subsidies as such. Rather than add subsidies—or substitute apples for corn—congress should end all subsidies.

Subsidies violate the rights of taxpayers who are forced to fund them. The government has no business using tax dollars to subsidize farmers, to manipulate us into eating “healthier,” to provide a “farm safety net,” or to affect the economy in any other way. Government’s proper job is not to affect the economy but to protect individual rights—including each individual’s right to spend his money as he sees fit.

For the government to protect people’s rights it must eliminate all farm subsidies.

View all articles by Michael A. LaFerrara →
Letter to the Editor
Help TOS Fight for the FutureAmerica Doesn’t Need a “Nudge Squad”; It Needs a Rights Squad
Return to Top