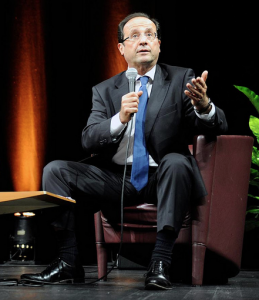 French president François Hollande recently stated, “As long as I am president, there will be no shale gas exploration in France. The debate on shale gas has gone on for too long."

The debate is whether France, Europe's second largest energy consumer, will maintain its moratorium on oil and gas exploration and leave one of Europe’s largest shale gas resources undeveloped.

Despite France’s heavy reliance on nuclear energy, fossil fuels remain the main source of energy for the country. In 2012, France’s energy use consisted of 39.2 percent nuclear; 33 percent oil; 15.6 percent natural gas; 5.4 percent hydroelectric; and 4.6 percent coal. (The smidgen of a balance came from other so-called “renewable” energies, including wind and solar.)

The French consume a huge amount of natural gas—and their consumption is only increasing. In 2012, it increased by 3.8 percent over the previous year, totaling 42.5 billion cubic meters.

France satisfies its enormous demand for natural gas by importing it; around 80 percent flows through pipelines from Norway, the Netherlands, and Russia. The rest is shipped as liquid natural gas from Algeria, Nigeria, Qatar, and Egypt.

Among the many ways France has thwarted energy development, in 2011 the state revoked the permits previously granted to energy developers. Consequently, the French pay around three times what North Americans do for their natural gas.

Industrial progress requires freedom to explore and to innovate, particularly in the field of energy. A nationwide ban on an important form of energy development is a policy aimed at economic hardship and decline.