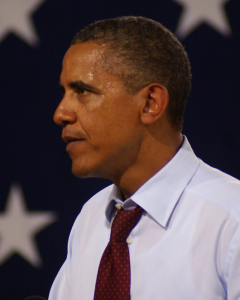 “The Obama administration announced Tuesday that it is delaying a major provision in the [ObamaCare] health care overhaul, putting off until 2015 a requirement that many employers offer health insurance”—a date after the 2014 congressional elections—Fox News reports.

This political move illustrates (among other things) that ObamaCare is creating a slow-motion disaster in health care—and that it is run by the capricious rulings of bureaucrats. (The Treasury Department announced the change, according to Fox News.)

The federal government has no legitimate role in forcing employers to provide insurance or in regulating insurance that employers may wish to offer. All such decisions should be left to employers, and potential employees should be free to accept or reject terms that an employer offers.

Rather than delay the employer mandates in question, the federal government should repeal all regulations and tax penalties associated with insurance, whether obtained privately or through an employer.

ObamaCare is unjust and destructive because it violates the rights of individuals to freely negotiate terms of employment and insurance. ObamaCare should not be delayed, it should be ended.