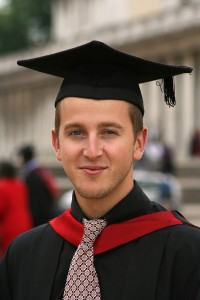 When Roy Costner IV of Liberty High School delivered his valedictory speech, he chose to express his Christian faith and to recite The Lord’s Prayer—ostensibly as a form of protest against the school district’s new policy of not permitting prayer at graduation ceremonies.

Although his speech was met with overwhelming audience applause, it also violated school rules. The principal had previously specified that the student addresses could not reference religion. According to Costner:

She informed us that we could not have anything about religion or talk about God or Allah or whoever we choose to worship. And they had to approve the speech prior to me going onto stage.

Costner tore up his preapproved speech and delivered the rule-breaking one instead. A spokesman for the Pickens County School District, however, stated that Costner would not face disciplinary action. “The bottom line is, we’re not going to punish students for expressing their religious faiths.”

If the school district had no intention of penalizing students for expressing religious views, why did it prohibit such expression in student speeches in the first place?

Part of the explanation may be that the school district had recently received several complaints about unconstitutional school prayer and other violations of the separation of church and state. . . .

View all articles by Natalie Ogle →
Letter to the Editor
Members of Congress Misrepresent Food Stamp Program and Ignore Its InjusticeWe Already Have a “Media Shield”: The First Amendment
Return to Top