Shale Gas Is Plentiful; Freedom to Produce It Is Not 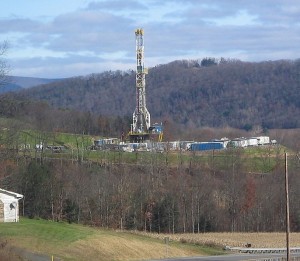 On Monday, the Energy Information Administration (EIA) reported that the technically recoverable shale gas resources throughout the world increased 10 percent from the 2011 estimate. This rise is a consequence of increased geological knowledge combined with the wondrous technologies of horizontal drilling and hydraulic fracturing.

Of the forty-one countries within the EIA study, China had the largest shale gas reserves, followed by Argentina, Algeria, the United States, and Canada.

Interestingly, given all this potential, shale gas is produced commercially only within the borders of Canada and the United States. Not coincidentally, these are also the only two countries that to some extent protect rights to private mineral ownership.

When compared to the rest of the world, North Americans have enjoyed a history of relative protections of the right to develop, trade, and dispose of their mineral properties as they see fit. This has created the incentive and the legal stability for the growth of a domestic gas industry with world-class technical expertise, well-developed infrastructure, and readily available high-tech equipment. All of this is necessary for shale gas production—and all of this is sorely lacking outside of North America.

The potential to develop shale exists throughout the world, but the political environment necessary to turn that potential into productive reality does not. In North America, producers have been able to turn potential energy into such an abundance of actual energy that last year shale gas accounted for 40 percent of total U.S. gas production.