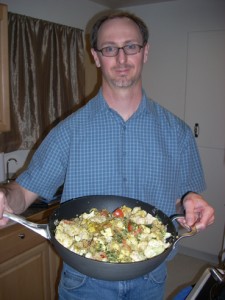 Yesterday I appeared on the Larry Elder radio show to discuss the food stamp program, now known as the Supplemental Nutrition Assistance Program (SNAP). Through Elder, I learned that more than two dozen members of Congress took what they called the SNAP Challenge, through which they protested proposed cuts to the program. As the Huffington Post reported June 13, “To protest nutrition assistance cuts . . . nearly 30 Democrats in the U.S. House of Representatives are limiting their food budgets to what a person gets from food stamps.”

But the “SNAP Challenge” is bogus for several reasons, even on its own terms.

First, as the Heritage Foundation points out, House Republicans proposed a measly

2.5 percent cut to a program that has increased in costs by roughly 100 percent since 2008. Far from deep cuts, the farm bill [which funds SNAP] simply maintains historically high levels of food stamp spending.

The second problem with the SNAP Challenge is that the members of Congress taking the challenge substantially understated how much money recipients of food stamps have available for food. The SNAP Challenge budget is $4.50 per day, but, as the Washington Post reports, . . .