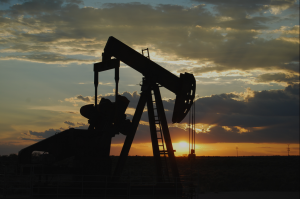 Relative freedom and hydraulic fracturing (fracking) in Texas continue creating business opportunities and attracting capital investment from around the world.

Austria’s largest steel company, Voestalpine, has signed a lease to build a $716 million iron-ore pellet plant in Corpus Christi, Texas. CEO Wolfgang Eder stated, “It would have been impossible to build a comparable plant in the European Union.”

What made it possible to build the plant in Texas? Key factors were the availability of low-cost energy produced by fracking, and a regulatory environment less stifling than that of the European Union.

This plant will be the largest foreign investment ever made by Voestalpine, a manufacturer of steel for airplanes, cars and train tracks. Operations are expected to start in 2016, when 150 people will be employed producing two million tons of iron per year—much of which will be shipped to Europe.

Fracking has also attracted Tianjin Pipe Company, China’s largest seamless steel pipe maker. Through its Houston based subsidiary, TPCO Enterprises Inc., the company will create two thousand jobs during the construction of a $1 billion plant in Gregory, Texas—the largest manufacturing investment ever made by a Chinese company in the United States. Once completed, 600 to 800 people will be employed in the facility producing the seamless steel pipe used in the oilfields of the United States. . . .

View all articles by David Biederman →
A Miraculous Pope?The Boston Tea Party Opera: An Ode to the Spirit of American Independence
Return to Top