Fracking Could Unlock 40 Years of Gas in the UK 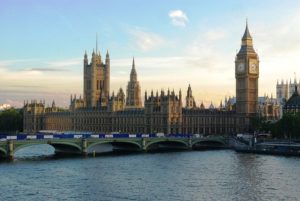 According to the BGS, in the United States, roughly 10 percent of a shale gas resource is recoverable with current technology. If this holds true in the United Kingdom, around 130 tcf—over 40 times the nations 2012 gas consumption—could be produced.

Unfortunately for the British, little if any of this energy is likely to be produced, because the United Kingdom does not recognize private property rights in the relevant resources.

In the United States, private “mineral” owners profit directly from the development of shale gas. In the United Kingdom, the Crown Estate owns all of the country's mineral resources. Producers must first gain a license to explore for shale gas from the Department of Energy and Climate Change (DECC), gain further permission from local councils, and appease various interest groups.

Years of government-directed resource development have resulted in little shale gas infrastructure and little technical expertise. To date, only one hydraulically fractured (fracked) exploratory shale gas well has been built in the United Kingdom.

If Britains want to unleash their energy potential, they must come to recognize and protect private ownership of mineral rights.